Ms. Walton has worked in the field of social services for over 34 years. She began her career in child welfare as a residential treatment worker and later as a supervisor for the program. After receiving her Bachelor of Arts Degree from Lake Erie College, Ms. Walton became a child welfare intake caseworker and later launched the Ashtabula County’s Children Services Independent Living program for youth aging out of the foster care system.

In 1997 she became the Ashtabula County Family and Children First Council Coordinator.

In 2001 Ms. Walton received her license as an independent social worker and became the Assistant Director of the Ashtabula County Mental Health and Recovery Services Board. She took the position of Executive Director in August 2009.

Ms. Walton has a Master of Arts Degree in Social Science from Gannon University and a Master of Social Work Degree from Cleveland State University.

She has written several articles for local and state newsletters and has presented at state conferences in the areas of program development, needs assessment and screening tools, early childhood intervention and evidence-based practice in behavioral health treatment. She is a certified Suicide Prevention trainer and a graduate of the Case Western Reserve University Mental Health Leadership Program.

Bridget Sherman has been employed with the Ashtabula County Mental Health and Recovery Services Board since January of 2015. Ms. Sherman is a graduate of Youngstown State University with a Bachelor of Arts Degree in Psychology. Ms. Sherman earned her Master of Arts Degree in Forensic Psychology from the John Jay College of Criminal Justice (City Universities of New York). Prior to her employment with the Board, Ms. Sherman was employed with the Ashtabula County Children Services Board for nearly 15 years. Ms. Sherman is a certified instructor of the Mental Health First Aid Adult Curriculum, and QPR, a suicide prevention gatekeeper training. Born and raised in Ashtabula, Ms. Sherman spends much of her spare time performing with local music groups and ensembles.

Kaitie Park has been employed with the Ashtabula County Mental Health & Recovery Services Board since January 2015. She is a 2007 Graduate of The Ohio State University, where she received a Bachelor of Science Degree in Family Studies through the College of Human Development and Family Science. She received her Masters in Public Administration through Kent State University in 2021. Prior to her role with the Board Kaitie was a Probation Officer for the Ashtabula County Courts System from 2008-2015. In her role as the Director of Community Engagement, Prevention & Planning, Kaitie will be working with the community to plan, promote and coordinate Board Mental Health and Substance Use initiatives. 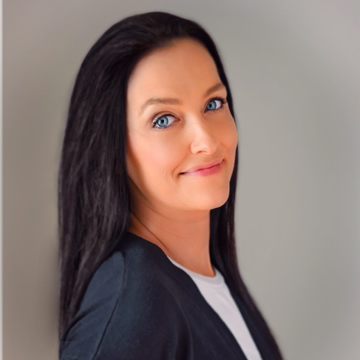